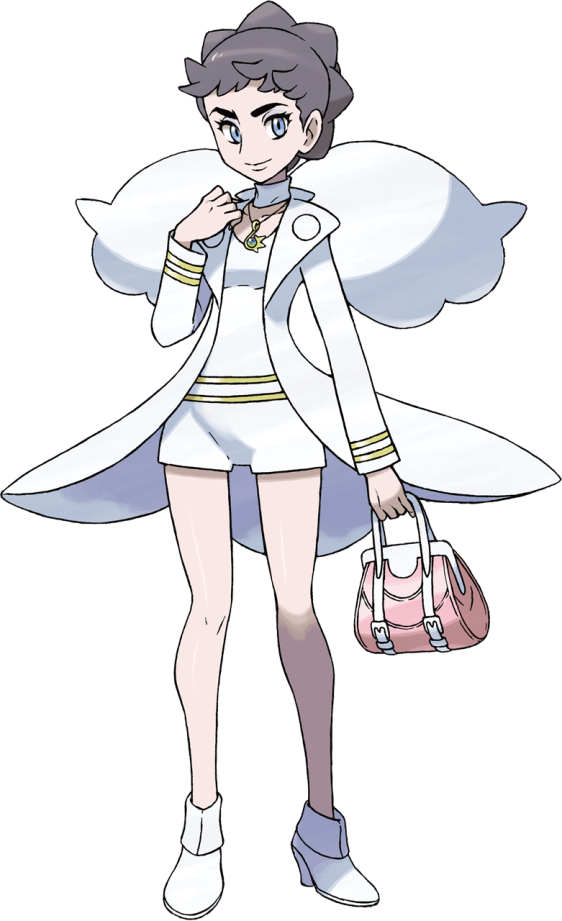 In the world of Pokemon, Diantha (Carnet in Japanese) is not only the Pokemon Champion of the Kalos region and the final boss of Pokemon XY but also a movie star with renowned beauty. It shows in her character design, but there’s something I find interesting about Diantha’s attractiveness. As far as I can tell, rather than being the perfect woman for guys, Diantha appears to be closer to women’s general perception of the ideal feminine beauty.

I’m not especially well-read on the differences between how men and women view beauty except to know that there is at least some appreciable difference between the sexes. From my own experience talking to others about this, if you were to look at the female chefs on the Food Network and ask who is the most attractive, men often prefer Giada De Laurentiis while Claire Robinson appeals more to women. A lot of it seems to do with the men and women focusing on different features, though I can’t say for certain which is which. When I look at Diantha’s design she leans closer to Claire than she does Giada in terms of facial structure, and her pose and overall stature exude less of an alluring, sensual quality, and more a powerful, statuesque grace. It also might be the eyebrows.

Of course, tastes between individuals can vary even within the same gender, and there are also cultural differences to account for. In this sense I’d say that Diantha is more of a European ideal than an Asian one, but as with all of this it’s more my own impression than anything else. Obviously I can’t speak about how women perceive beauty firsthand, and if there’s something you think I’m overlooking or just plain wrong about, don’t hesitate to leave a comment.

Though, if we’re talking about ideal Pokemon girl for guys, I imagine it’d be either Cynthia (Shirona) or Flannery (Asuna).

6 thoughts on “The Beauty of Diantha”