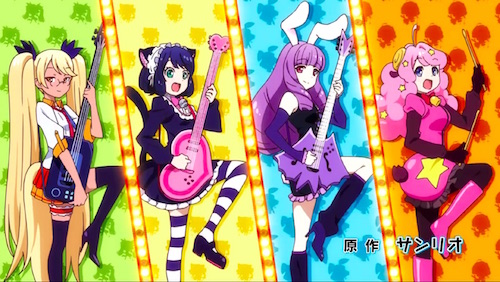 What happens when Sanrio, the company behind Hello Kitty, creates a franchise aimed at men? The result is Show By Rock!!, an anime that’s an eclectic mix of seemingly contradictory visual aesthetics that somehow manages to bring it all together through clever humor, a heartfelt story of music and friendship, and a surprising amount of story. 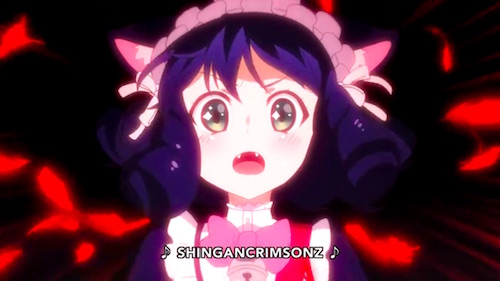 Hijirikawa Cyan is a high school girl too shy to join her school’s music club. While lamenting her lack of courage and playing on her cell phone (Show By Rock!! was originally a mobile game), she gets transported to the world of Myumons, half-animal people who share a love of music. She meets a talking guitar named Strawberry Heart, has to fight a giant hideous monster attacking a concert, and ends up staying on the other side and joining a small band called Plasmagica. Along with their ambitious leader and lead guitarist/vocalist Chuchu, tsundere bassist Retoree, and enigmatically cheerful drummer Moa, Cyan learns to gain confidence in herself and her love of music and saves Midi City in the process.

Though I might be biased as I am probably in that target audience of guys who like cute things, what I think draws me to this show is just how well it executes that cuteness in various capacities. I think often when it comes to how cuteness is utilized in anime, especially when trying to aim it at adult male fans, it can come across as a little too willing to revel in adorableness for its own sake, or to attach it heavily to tragedy. With Show By Rock!!, I actually hesitate to call a show like it “moe,” because there’s a different quality at work, a combination of silliness and seriousness that makes the anime feel closer to the morning cartoons that air alongside something like Precure than they would Hidamari Sketch, despite Show By Rock!! itself being a late-night anime.

I think I get this sense most from the show’s opening, “Seishun wa Non-Stop,” which is fun and addictive and the kind of introduction that I actually chose not to skip every episode. That, and seeing the glasses magically dissipate from Cyan’s head at the beginning of the opening is somehow hypnotic.

The moment that sealed the deal for me in terms of liking Show By Rock!! comes quite early on, in episode 2. During a scene when all of the girls of Plasmagica are discussing their reasons for joining the band, the camera closes in on each of their faces to reveal their actual reasons and not the innocent ones they’ve given on the surface. I don’t want to spoil the moment, but Moa’s reveal is so out of left field and hilarious that, even though I put the show on hold for months before finishing it, her inner thoughts stuck with me throughout my break from Show By Rock!!  What’s even better is that it pays off in a later episode. 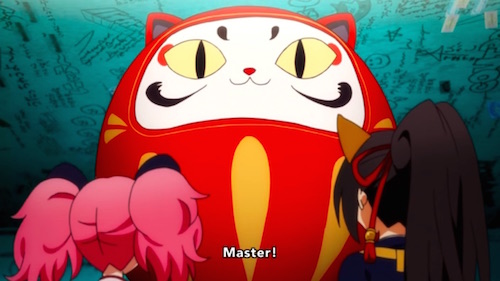 That moment is one of many indicators that Show By Rock!! is actually quite well-paced, with early hints at characters’ histories being built upon, a good sense of weight and understanding when it comes to the challenges each of the characters have to go through, and an extremely solid cast of supporting characters. While I can’t help but be fond of Tsurezurenaru Ayatsuri Mugenan, an Enka-themed band led by a woman in a giant cat daruma, the real stand-out side characters have to be SHINGANCRIMSONZ, a visual kei band with the most humorously overwrought members possible, chuunibyou types taken to the next level (plus one realist who nevertheless believes strongly in the power of music). If anything, even if you’re not a fan of hyper cute designs, you might just stay around for the SHINGANCRIMSONZ antics. 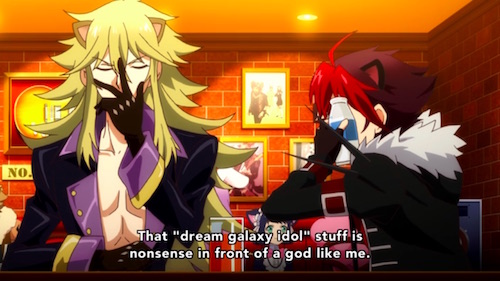 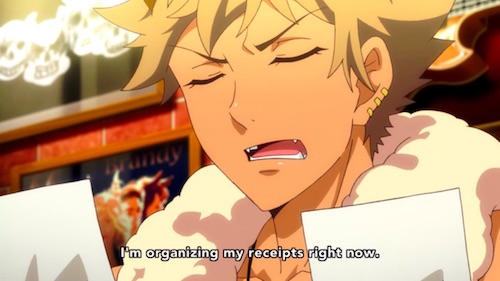 Going back to the idea of Show By Rock!! being a strange mix of various visual styles, this can be seen in the fact that the members of SHINGANCRIMSONZ are drawn closer to the bishounen archetype than an attempt to reconcile their designs with the cutesy look of the Plasmagica girls. However, it works because they’re in many ways just as adorable and fun to watch as Cyan and the rest. Another facet of this blending of styles is the use of 3DCG and transformation into Sanrio-esque mascot characters during performances. It can be jarring, especially when watching this series for the first time, though it’s not extremely different from the heavy use of CG dances in girls’ shows such as Pretty Rhythm. In fact, while it isn’t quite up to the level of 2D animation employed by Studio Bones, the 3D animation in Show By Rock!! is actually quite solid. 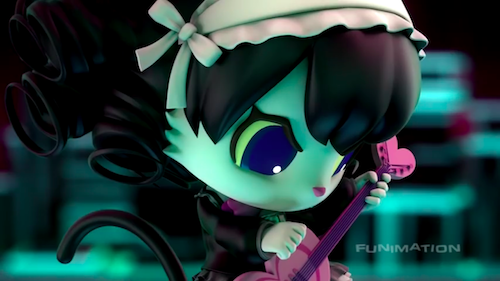 At only 12 episodes, Show By Rock!! is a quick and easy watch. I don’t think it’ll rock anyone’s foundations, but the characters are charismatic, the overall narrative leads up well, and the music is catchy. If there’s a way to describe it based on other music anime, I’d say it’s like 50% Sound!! Euphonium, 50% Macross 7. Don’t believe me? I guess you’ll have to check it out.