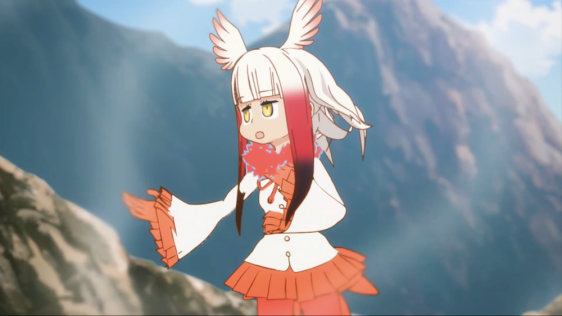 So you’ve watched the last episode Kemono Friends, and found it to be an excellent conclusion to a surprisingly good anime. Its portrayal of friendship and its exploration of defines humanity has left you with lots of laughs and maybe a couple of tears. Now you’re looking for more, and you find that the studio behind Kemono Friends, YAOYOROZU, only has one other anime to its name. Its title is confusing and maybe even a little difficult to pronounce. Should you watch it? Is it as good as Kemono Friends?

The answer is yes, yes, YES.

Tesagure! Bukatsumono does not take place in a mysterious zoo/amusement park. Its characters are not animal-human hybrids. What it does have in common with Kemono Friends, however, is a keen sense of humor that uses both excellent timing and a kind of anti-timing to great effect. To begin to get an idea of what this show is all about, I recommend watching the opening with subtitles on:

Perpetually tongue-in-cheek, the self-aware and often aimless Tesagure! Bukatsumono revolves around four girls in the same club, whose main activity is trying to imagine what other clubs are like. As they all talk through their preconceived notions and try to make up their own “new and improved” versions of other school clubs, their answers become increasingly absurd, providing much of the humor of the series. The title of the anime roughly translates to “Let’s Find a Club!”

You might notice that something feels a little different about those “new and improved” suggestions that the girls of Tesagure! Bukatsumono make. The reason is that those sections are not scripted—they’re actually improv. The back-and-forth between the characters/actors is genuine, and any gaffes are kept in. If you enjoyed the next-episode previews of Kemono Friends with the penguin idol group PPP (or even their dedicated episode), Tesagure! Bukatsumono is that times ten.

Currently on Crunchyroll, each episode is roughly 13 minutes. Much like Kemono Friends, you’ll know if you enjoy the series after one or two episodes.

5 thoughts on “You’ve Finished Kemono Friends! What Next?”