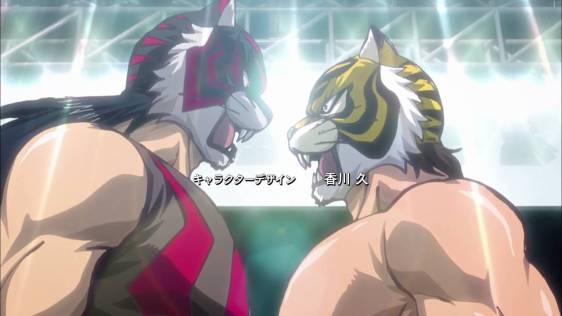 My decision to watch the anime Tiger Mask W came during a time that I’ve been watching more pro wrestling than I have in more than a decade. As I’ve re-acclimated myself to that world of holds, slams, betrayals, and glory, it only makes sense that a wrestling anime would hook me. The fact that it’s a sequel to a beloved classic that tries to capture the feel of the original but projected through the lens of today made that doubly possible. Watching Tiger Mask W and its story of revenge and redemption, however, made me extremely aware of the fact that real pro wrestling has plenty of the former but little of the latter.

One of the main plot points of Tiger Mask W is the rivalry between Tiger Mask and Tiger the Dark, two friends seeking vengeance on a common foe yet who aren’t aware of each other’s true identity. Eventually, they make amends and they grow stronger for it. This sort of narrative is incredibly common in anime and manga—think Naruto and Sasuke. In comparison, pro wrestling has backstabbing and teams imploding galore, but I can only think of very few cases where the reforging of bonds once broken actually seems planned in advance. 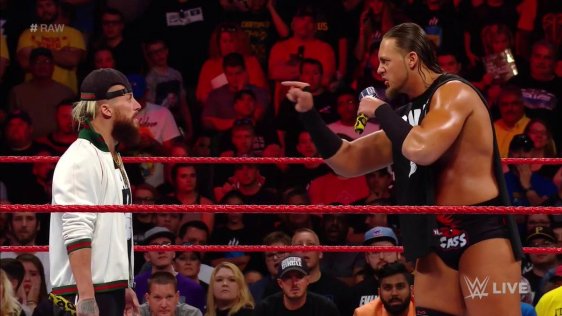 For example, over the past year, numerous duos in the world of the WWE have come apart when one character turns traitor. Kevin Owens attacked Chris Jericho during a celebration of their friendship. Tommaso Ciampa assaulted Johnny Gargano, ending the tag team DIY. Goldust hit R-Truth from behind, breaking up their alliance. Big Cass booted Enzo Amore in the face with disdain. All were and are meant to lead to feuds between former allies, the aftertaste of betrayal making them that much more bitter. Wrestling seems to be very much about building up teams only to tear them down and start an intense battle between the two, but actually bringing them back together is never part of the plan, at least not at first.

There’s always the chance that wrestlers will make amends. Perhaps one day Enzo will be fighting against the odds, when Cass runs out and saves him. After all, face turns (switches from evil to good) are part and parcel with the industry. But they’re not woven into the narrative from the start so much as something that’s done once a rivalry has run its course. They’re treated as two separate stories: the betrayal that occurs, and then later (if they really need it) the redemption and reunion.

But I want my “anime as hell” stories about a hero trying over and over to rescue a former friend from the darkness. I want face turns to come from realizing the errors of one’s ways. I want more Tiger Mask and Tiger the Dark narratives. I don’t want the restoration of friendship to be an afterthought, but something actually planned as part of a greater arc.