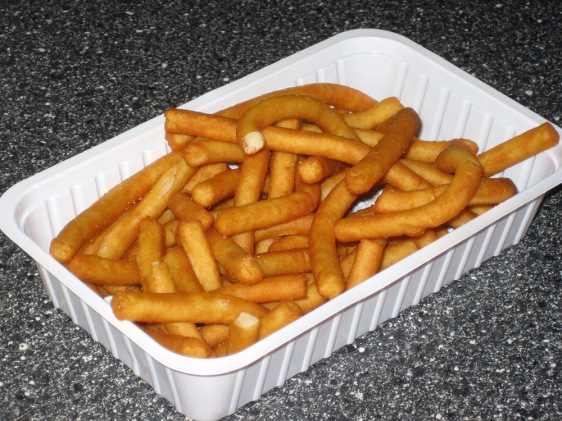 I lived for quite a few years in the Netherlands, where I learned that roadside snacking is a pretty big deal to the Dutch. Snack shops are an institution, serving foods such as kroketen (croquettes), pataat (fries), frikandel (deep-fried sausage), and more. I’d been reminiscing about these delicious treats recently, and just happened to come across one in a rather unlikely place: manga. While reading the series Kyuujou Sajiki (Three Ballpark Meals), a series about eating at ballparks all across Japan, I encountered an old friend: raspatat! 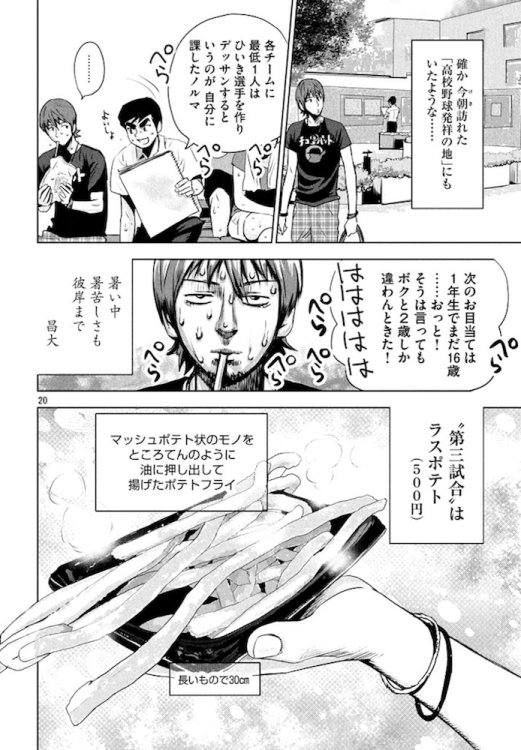 For those unfamiliar with raspatat, it’s an unusual form of french fry, essentially taking mashed potato and reconstituting it back into fry form—think of it as the Pringles of the fry world. The taste is very unique, with a kind of buttery toastiness that borders on knish territory. It’s worth trying at least once.

Here’s a commercial for it:

Anyway, not only does raspatat show up in Kyuujou Sajiki, but it’s actually found in Koshien Stadium of all places! Koshien is basically the mecca of Japanese baseball; it’s the site of the grand finals of Japanese high school baseball every year, and is enshrined in countless manga, anime, and other Japanese media. The manga is based on what you can find in real life, so you can actually travel to Koshien and get some for yourself! 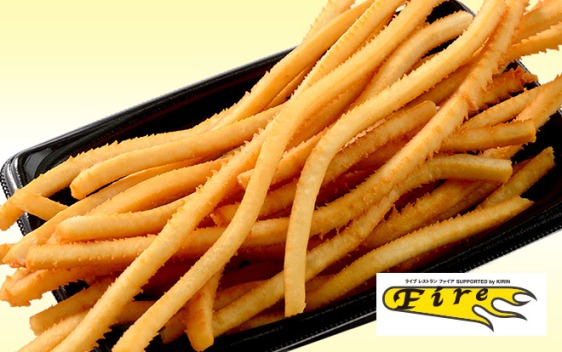 On the official Koshien website, you can find it listed as rasupoteto. It’s not quite the same as the raspatat you can find in the Netherlands (they’re way longer, for one), but the website’s description specifically says it’s a style of Dutch french fries. There’s no mistaking that this is the most famous Japanese baseball stadium’s own rendition of a Dutch snacking tradition.

Even if it isn’t to watch high school athletes’ dreams get fulfilled and/or crushed, if I ever manage to visit Koshien, I am definitely getting some rasupoteto. I feel almost obliged to do so…and my stomach wouldn’t mind either.

One thought on “Raspatat at Koshien: An Iconic Dutch Snack at Japan’s Most Famous Baseball Stadium!”