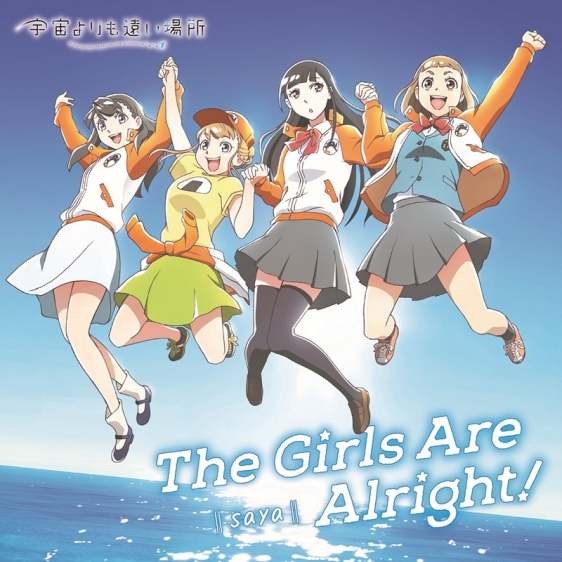 2018 isn’t even half over, but I think A Place Further Than the Universe might just be the best anime of the year.

The series centers on Japanese high school girl Kobuchizawa Shirase and her quest to travel to Antarctica to fulfill a life-long wish. Mocked at school for her absurd dream, she’s more than willing to say, “screw the haters,” but a few other girls are drawn to Shirase’s ambitious spirit, and join her to see if they can accomplish the seemingly impossible.

One of the more enduring anime and manga recipes is “girls doing X.” Girls in a band. Girls going camping. Girls in art school. Girls driving tanks for sport in an alternate-history Earth. The activities can be mundane or out-of-this-world, but the combination of cute female characters and some kind of fun or quirky activity is a reliable formula. Where the genre (if you can call it that) begins to differ is the degree to which there is any forward momentum. Those that are more slice-of-life tend to revel in a kind of cathartic stasis of the everyday, such as Aria. In contrast, many sports or competition series, such as Sound! Euphonium make forward progression toward a goal. A Place Further Than the Universe takes the best of both worlds, while grounding itself in a refreshingly realistic depiction of friendship, human interaction, and emotional complexity.

The fact that the goal is Antarctica makes it seem as if the series might just remain about wistfully hoping that they can get there “someday.” But thenm Shirase and the other girls are shown working towards it, step by step, enjoying themselves along the way. As they accomplish each task ahead of them, no matter how big or small, the impossible gradually feels more and more within arm’s reach. Yet A Place Further than the Universe isn’t just about heading towards a goal, and it’s not even just about “the journey being more important than the destination,” as the cliche goes. The genuine sense of friendship and camaraderie that’s built up between them feels like it could sustain an entire series by itself. It’s as if zooming in on an individual episode feels like a small, self-sustaining universe of daily life. But when you zoom out, the full picture comes into focus and it’s just so immensely satisfying.

A Place Further than the Universe charges ahead but also takes time to enjoy the view. A simple and direct story full of complex characters and other moving parts, the detours and the “main quest” are all filled with life. It’s fun, moving, inspiring, and relaxing all at the same time—as complete an experience as one can hope.

Interested in supporting Ogiue Maniax? Check out my Patreon and Ko-fi!

3 thoughts on “Girls Going Somewhere: A Place Further Than the Universe”