A couple years ago, I noticed a trend in characters that I called “busty failures”—a translation of the Japanese terms ponkotsu plus kyonyuu. Their primary qualities are, as the term implies, big chests combined with a tendency to be unreliable wrecks. In hindsight, maybe “busty disasters” would’ve been a better choice.

Often times, characters breed unspoken archetypes, which lead to categorization. At some point, these archetypes might become explicitly acknowledged by the very medium they’ve come from. I think the busty failure has reached that point with the recent four-panel gag manga Ponkotsu Musume no Nichijou (“Failure Girl’s Everyday Life”) by Kawakami Masaki. 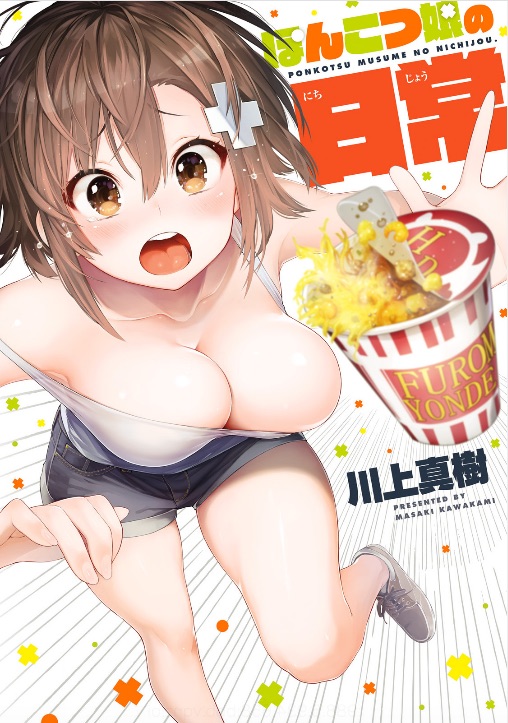 The series is as expected: an attractive girl (name: Ponkotsu Ato) tries to get through life but mucks things up in the process. It’s fanservicey as all heck (as implied by the cover), and lacks any sort of topical veneer like Dagashi Kashi does with the “cheap snack foods” gimmick. It’s very much a what-you-see-is-what-you-get title. 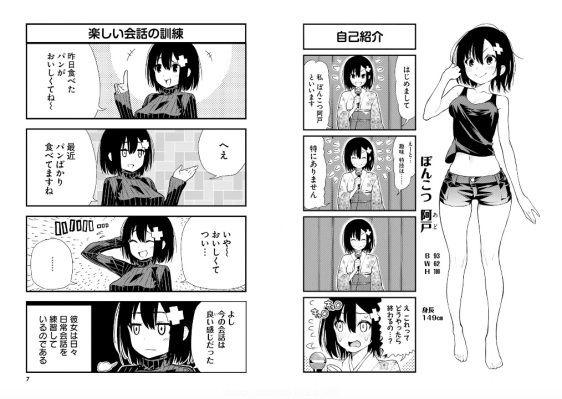