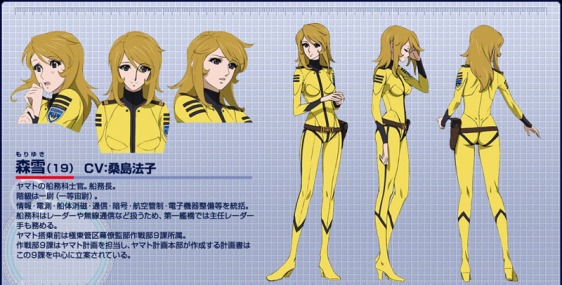 For as long as there has been fanservice in anime, there has been an emphasis on rear ends. Few things are more associated with anime (for better or worse) than the panty shot, and the form-fitting suits in works such as Neon Genesis Evangelion and Ghost in the Shell have helped to bring posteriors to prominence. However, I believe that buttocks have not remained static over the course of anime’s history and that, over the past 10-15 years, we have reached a point where big butts are “in.” The purpose of this post is to show this gradual change in tastes while also positing some possible reasons that this change has taken place.

END_OF_DOCUMENT_TOKEN_TO_BE_REPLACED

Astute fans of giant robots might have noticed a reference to a certain lion-chested titan in the final episode of Keijo!!!!!!!! For those who didn’t know about the connection, I’ve written a post on Apartment 507.

Keijo!!!!!!!! is an anime about girls in swimsuits fighting using only their breasts and butts. By all rights, it should be one of those T&A anime that no one should take seriously. However, what separates Keijo!!!!!!!! from many other fanservice anime, and why I’ve surprisingly come to enjoy it (well beyond the sex appeal) is that it actually explores its own fictional sport of butt fighting.

When it comes to a lot of “sexy fighting girls” anime, the combat elements usually act as mere pretense. As they kick and punch and hurricanrana their opponents, clothes go flying, buttocks are exposed, and the result is fights that act primarily as a vehicle for titillation. In many cases, the fights themselves only serve the purpose of showcasing the girls’ flexibility. Keijo!!!!!!!!! in contrast takes almost the opposite approach, by having butt fighting as its foundation and trying in earnest to make actual exciting fights out of it.

Even before the actual battles are taken into account, there a number of notable factors that contribute to Keijo!!!!!!!! treating its premise as more than a flimsy throw-away. First, while the subject of feminism in Keijo!!!!!!!! is up for debate, one thing is clear: the body type diversity in the series is well beyond what you normally find in something like Ikkitousen. From this comes an idea stated in the series: girls of all shapes and sizes can succeed in the sport of Keijo. Second, different characters come from different athletic backgrounds. The heroine Nozomi is a former gymnast, while her friend and rival, Sayaka was a judoka. This is then reflected in their fighting styles. Third, the girls have to train to win, and make use of their own unique strengths and weaknesses.

When the fighting occurs, the fanservice almost (but certainly not entirely) takes a backseat to the action. While slower moments in the series are more than willing to revel in the girls’ physical features, at times the actual competition is so swift and the animators so dedicated to showing off the overall setting and choreography that there’s less time given to even ogle the girls. In many cases, similar series are more than willing to just leave a camera in an awkward position for extended periods of time, but Keijo!!!!!!!! will, at least half the time, prioritize the excitement of the sport itself.

I have not read the manga, where still images of course can linger into eternity, so I don’t know how the balance of action and fanservice is treated there.

Combined with characters that have unique and interesting motivations—as well as the ability to garner genuine interest in how Keijo works as a competitive field—the result, I imagine, is that many people who watched it purely for sexual thrill or for the sake of irony have come to genuinely enjoy it. In this respect, it reminds me of Food Wars!: Shokugeki no Soma, where a love of food and a deft hand when it comes to portraying naked bodies go hand in hand.

It would be ridiculous to pretend that Keijo!!!!!!!! isn’t a fanservice anime. Anyone who does would either have to be in serious denial or woefully ignorant. However, much like one of my favorite series, Shinkon Gattai Godannar!!, the whole thing—the thrill of the story, the passion of the characters, and, yes, the attractiveness of the girls—all comes together to form an actually engaging experience.