The first figure comes from an issue of Monthly Afternoon and features a standing Hato, while the second one comes from a limited edition Japanese release of Genshiken Volume 11. 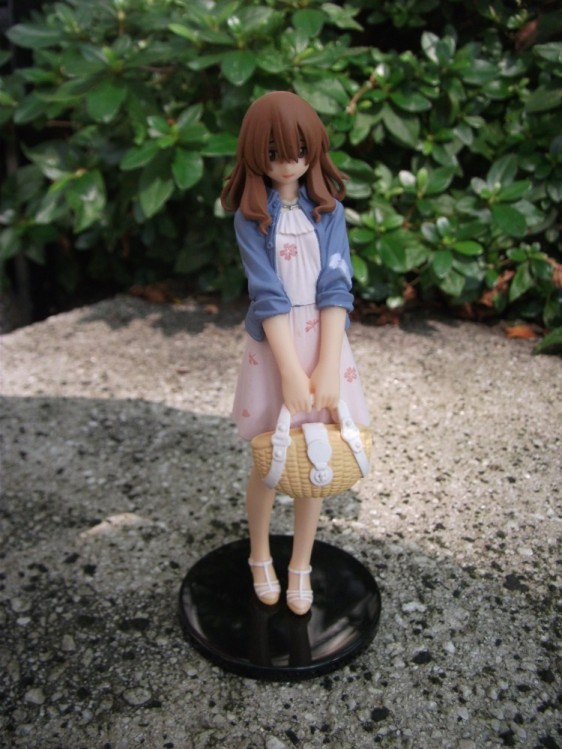 Featured here is Standing Hato. As can be seen from the photos, the quality of the figures is trading-figure-level, so it won’t match up to a really good model, but as far as trading figures and gashapon figures go, it’s actually fairly impressive. There doesn’t seem to be any significant bleeding in the paint job, and even the details on the purse hold up to a certain amount of scrutiny.

Aside from the seams separating the pieces which make up Hato’s hair, there aren’t any really noticeable flaws, and even that is just part and parcel for the level of figure we’re getting here. The flower pattern on the dress and the details on the denim jacket also look good.

Next up is Sleeping Hato, otherwise known as Unconscious Drunken Hato. 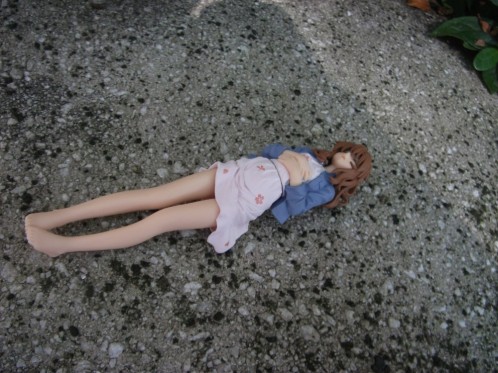 Aside from some minor flaws, the second figure is just as solid as the first. They even did a good job on the toes, which I get the feeling would be enormously easy to mess up on a figure this small and relatively inexpensive (it came packaged with the volume for a bit extra, though I can’t remember exactly how much).

Because Sleeping Hato has to be constructed from more parts than Standing Hato, the seam in the dress between the torso and the legs is much more noticeable, though I don’t find it to be the biggest deal in the world. Again, given the typical quality of these figures, this one does a good job. You’ll note that they sculpted his hair to match the fact that he’s supposed to be lying down.

Actually, Sleeping Hato comes with one additional feature that most other figures lack: It’s a refrigerator magnet!

There’s a small magnet sticking out of Hato’s back which I’ve chosen not to photograph, but it’s pretty much what you might think it is. Are your to-do lists for grocery shopping feeling a bit lonely? Do you wish you had company for your magnet souvenirs from Japan? This crossdressing fudanshi figure successfully accompanies all fridge doodads! What’s more, 9 out of 10 people can’t tell that it’s a man!

So there we go. Both figures at this point will be pretty difficult to find, especially because they were both packaged as extras. I’m certainly not the biggest fan of Hato Kenjirou, but I have to say that both of them look good if you judge them by overall figure standards, and great if you judge them among their peers. 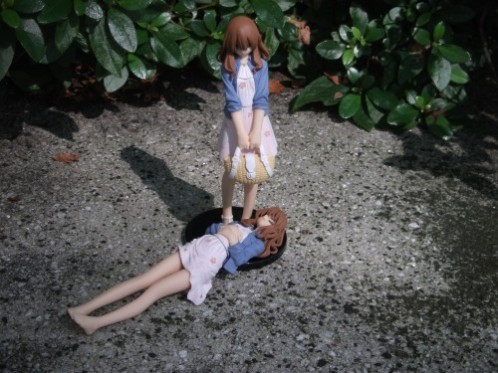 3 thoughts on “You Might Feel a Little…Attracted: Hato Kenjirou Figures Review”