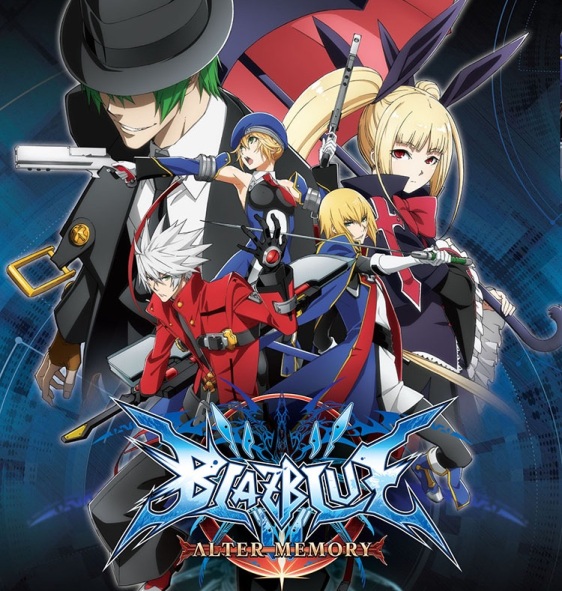 Fighting game anime do not have the best reputation. While we’re not at the absolute depths of the 90s and such wonderful stinkers as Tekken and Battle Arena Toshinden, most of the time the individual stories you experience by playing each character one at a time in fighting games are all mashed together into a paste. The result is that characters do not even have enough screen time to properly showcase their already flimsy narratives, and what carries a fighting game anime to any kind of success is enough flair for the characters’ personalities to shine through in their limited actions.

BlazBlue: Alter Memory is not the worst anime in this respect. Based on the popular BlazBlue fighting game series, the fighters themselves are designed to be as bombastic as possible, and while the story is convoluted to no end it seems very intentional. The narrative and presentation of BlazBlue: Alter Memory revels in its anime aesthetic to the point that it ironically suffers from not being as beautiful in the animation department as its source material because they can’t be as meticulous compared with the intricate sprite animations used in the games. I have to admit that I’ve barely played the games, but from what I can read the anime successfully captures the fact that the story involves alternate timelines, powers that are ridiculously vague in their function, and a seemingly endless stream of little sisters.

Ragna the Bloodedge is our white-haired, Sugita Tomokazu-voiced protagonist with a beefy sword. His little sister Saya was killed in the past, and he swears revenge against the man who did it. However, he keeps coming across girls that appear similar or even identical to Saya. There’s military police officer Noel Vermillion, who is arguably the series’ secondary heroine. There are robots that come possibly from the future (or something?) who have her face. Even one of the main villains turns out to have connections to Ragna’s little sister. I had a passing idea of the narrative of BlazBlue before watching, that time travel was involved, and that it is basically the Guilty Gear series with the anime dial cranked up to 13, but I didn’t realize that the story is basically Super Kyon (from Suzumiya Haruhi) and his deluge of imoutos.

When people use the term “anime fighter,” they’re referring to games like BlazBlue, and while it’s often associated with certain game mechanics such as air dashing and elaborate combos, the aesthetic is also important. BlazBlue, and by extension Alter Memory, takes all of the popular little trends in hardcore anime of the past seven years or so and throws them together to make something gloriously confusing. You have Catgirls and actual cats. There’s a 12-year-old looking vampire girl who’s a fan favorite. Yandere are seemingly everywhere. Angst and ninjas and flourishes of power are presented in such obtuse yet highly cinematic ways that Bleach creator Kubo Tite would blush. The sheer importance of little sisters in BlazBlue is not surprising, then, given just how increasingly prominent they have been in anime, manga, and light novels.

I think if there’s any major flaw of BlazBlue: Alter Memory, it’s from the fact that it’s an anime in the first place. This doesn’t seem like the kind of story you’re meant to experience by just watching. Rather, I think it’s supposed to kind of wash over you as you back in the aesthetic environment of the world and its dynamic characters. Maybe I should play the games more.

You can watch BlazBlue: Alter Memory on Hulu.

This post was sponsored by Johnny Trovato. If you’re interested in submitting topics for the blog, or just like my writing and want to sponsor Ogiue Maniax, check out my Patreon.

5 thoughts on “Attack of the Imoutos – BlazBlue: Alter Memory”