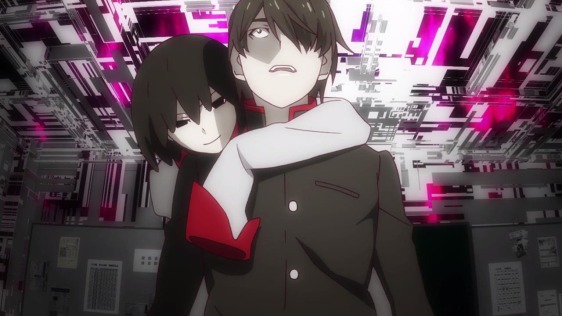 On occasion, I’ve noticed fans of Japanese pop culture to take statements at face value when they shouldn’t. This is not to single out anime fans over any other groups, but in threads online discussing the ambiguous gender of Monogatari character Oshino Ougi, it’s often pointed out that Ougi has said, “I’ve always been a boy,” even though Ougi is portrayed as highly deceptive and loves to twist words. While there might be a number of reasons that mistakes like this happen, from simple misreadings to not understanding characters to even possibly mental conditions such as autism, what I think is a significant factor is also how experiencing something in another language can make it difficult to assess lies.

When learning a language, or taking in information in a way that requires extra attention, I’m considering the idea that the more advanced you are, the more you are able to correctly understand nuances in context and presentation. Take for instance the idea that sarcasm in English is something conveyed through voice. However, if one does not understand the cues by which sarcasm is supposed to be voiced, or it’s a statement that’s written rather than spoken, the desire to convey sarcasm can get lost. Thus, it’s not surprising that Oshino Ougi’s manipulative language and behavior might not come through either, especially because people were already discussing the character prior to Ougi’s appearance in the anime, and had only either Japanese light novels or unreliable fan translations of said novels to work from.

Perhaps it can be said that learning a language requires a level of truth to be established. When learning basic vocabulary and rules of a language from square one, it probably wouldn’t help to pack your statements full of lies. While simplification can be important (you don’t want to inundate someone with all the exceptions first), setting in stone a stable foundation comes hand in hand with making sure that what someone learns is how to express things. Only once at least a rudimentary base is established should playing around with the language happen, and eventually from there the possibility of creating statements that essentially mean the opposite of what they are, which can only be gleaned from context and prior knowledge. At least, that’s one idea. I do not profess to being an expert at this topic.

One thought on “Half-Truths as Roadblocks in Language Improvement”