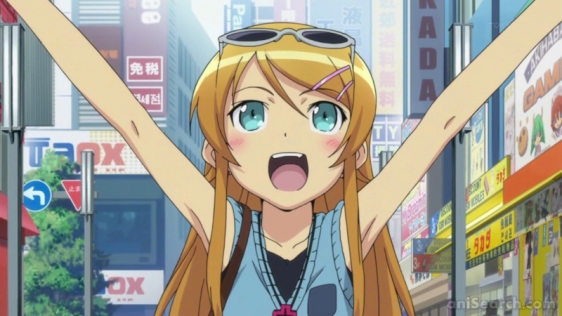 There are a great number of anime and manga with incestuous overtones, but contrary to what might seem obvious, I’m not so sure how much of it truly has to do with a desire to have sex with siblings, real or imaginary. There are other qualities to take into consideration, such as what goes into a “little sister” or a “big sister” as a character archetype beyond simply a familial relationship, or the fact that these archetypes exist at all.

To what extent does the anime/manga aesthetic itself, as well as the other tropes that these works tend to carry, make “anime incest” into something even more different from simply its portrayal in fiction, positive or negative?

HBO’s Game of Thrones is a non-Japanese property which features very prominently an incestuous relationship. Jamie Lannister and his sister Cersei are madly in love with each other, and have even bore children as a result. However, I don’t think Cersei is thought of in the same vein as the sisters of My Little Sister Can’t Be This Cute or The Irregular at Magic High School, and therefore does not possess the aspects which make those characters so popular. There’s something to this “positive portrayal of incestuous relationships” in anime and manga that transcends the characters being connected by blood… or not, in the case of the “non-blood-related sibling” trope that technically removes the moral and biological issues to an extent.

My Big Sister Can’t Be This Vindictive

Put a different way, if the sisters, hot moms, or other family members were not portrayed visually and narratively through anime and manga, would the fans of these characters still be fans of them? If so, would it be for the same reason? My feeling is that the answer would be “no,” because it’s these incestuous character archetypes exist within a greater realm of tropes that anime and manga fans are drawn towards.