I recently read The Four Tendencies by Gretchen Rubin, a self-help book about how to better understand certain facets of oneself and others. While it’s been helpful in my personal life, I also noticed that it can be an informative way to understand characters and character interactions in fiction. Often, characters are designed relative or in contrast to those around them, and seeing how they respond to each others’ expectations can shed a lot of light on those dynamics. For this blog post, I decided to take a look at how the four tendencies can apply to to the cast of the original Love Live! School Idol Project.

An explanation of the four tendencies can be found on Rubin’s blog:

In a nutshell, it distinguishes how people tend to respond to expectations: outer expectations (a deadline, a “request” from a sweetheart) and inner expectations (write a novel in your free time, keep a New Year’s resolution)…

So let’s take a look at the girls of μ’s!

Hanayo is a questioner. At first, she seems like an obliger because she’d been unable to fulfill her childhood wish to become a school idol, but that’s more because she was convinced she couldn’t. Once persuaded, she fully embraces the idea. Same goes for taking over as president of the school idol club. When she does have a strong stance, such as rice being the best food in the universe, Hanayo is stalwart.

Rin is an obliger. Her main reason for becoming a school idol is to help Hanayo; otherwise, she’s relatively undisciplined if left to her own devices. She believed for most of her life that she couldn’t/shouldn’t wear skirts and dresses, but that’s more because she projected the standards of others onto herself. Only when the other μ’s girls give her new expectations to fulfill—that she can wear them and that she is beautiful—does she change her mind.

Maki is a questioner, and not just because her signature catch phrase is “What the heck?! You’re not making sense.” Left alone, Maki is extremely self-motivated and fulfills inner expectations easily—as seen in her goal of studying medicine, and when she writes a song for μ’s prior to joining. However, she won’t do anything she doesn’t think is off-base. Of course, sometimes that logic is “this would benefit Santa Claus”…

Honoka is a rebel. While it might seem unusual for the team leader to be the rebellious type, it’s clear that Honoka’s inner fire only blazes when something truly interests her, especially if others think she can’t do it. Her starting a school idol group is in itself the product of defying outer expectations. At the same time, she completely shirks both inward rigor if left to her own devices unless, again, it’s something she cares about from deep within.

Umi is a textbook upholder through and through. If her unmatched self-discipline and desire to ensure everything goes right wasn’t enough evidence, her love of schedules, regimens, and pie charts guarantee that she can’t be any other tendency. Her fear of having carefully laid plans go awry also points in this direction.

Kotori is an obliger. Considerate and prone to indecision, she’s at her best when supporting Honoka and Umi’s decisions. Even her costume-making seems motivated more by the positive expectations of others. Her alter ego, the legendary Akiba maid Minalinsky, is the result of her trying to work on her confidence—by being in a customer service job where she has to project strength and ease.

Nico is a rebel. She does what she wants, when she wants, unless she decides for herself that something is the right choice. She might seem like a questioner based on how much she researches proper idol etiquette, but it’s clear that she lives and dies even more by her passion. Before μ’s, she was always fully convinced she could be a school idol; it’s just that her drive and desire to actually keep it up was sapped by the resignation of her old partners. When μ’s calls her in to join them, she quickly falls back into her self-proclaimed role of “super idol.” 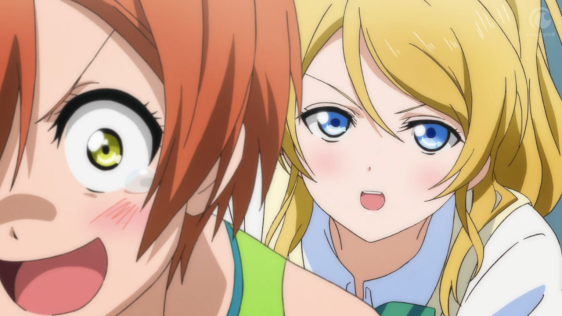 Eli is an upholder. Whether in μ’s or the student council, she still shows a strong sense of responsibility to both herself and those who need her. Mature and strong-willed, Eli will get everything done that she can, but on her terms. Eli also definitely isn’t a people pleaser, and believes in tough love as only a former Russian ballerina can—as seen when she first confronts the rest of the girls with what it means to truly be able to dance. 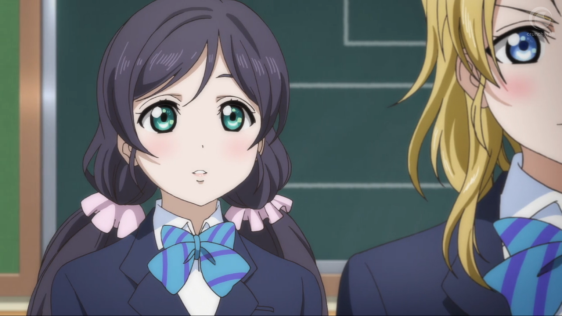 Nozomi is an obliger. On the surface, she looks like more like a rebel, but her backstory reveals that she values friendship above all else. Nozomi can be aloof because she’s suppporting Eli, and to a lesser extent the rest of the girls. In fact, Nozomi explains that seeing Eli essentially refuse to show any weakness is what drew her to befriending and helping Eli.

Doing this exercise made me realize are some of the vital distinctions between characters and how they behave. For example, while RIn might be seen as generally stronger than Hanayo due to her energy and fun-loving personality, you can see how their different responses to both outer and inner expectations shows that they complement each other in important ways. Of course, fiction doesn’t wholly map onto reality, and the four tendencies framework isn’t exactly a rigorous scientific study, so it’s not like these interpretations are set in stone. If you think certain characters better fit different tendencies than I’ve categorized, I’d love to see you responses!

2 thoughts on “Love Live! and the Four Tendencies”