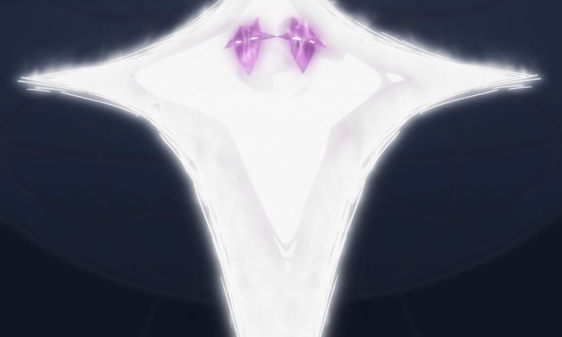 WARNING: Spoilers for Darling in the Franxx, Gurren-Lagann, Evangelion, and Daitarn 3 (yes, you read that right)

When I first wrote about Darling in the Franxx and its sexual dystopia, the series had just presented some major revelations, among them how Hiro and Zero Two first met, and the true identity of the Klaxosaurs. Seven concluding episodes later, it turns out those “bombshells” were only the tip of the iceberg.

But this show has been full of surprises, and fan reactions to all of these twists and turns has been just as fascinating to follow as the show itself. Darling in the Franxx is, in a word, divisive—perhaps more than any other anime I’ve seen in a long time. I believe the reason for this boils down to one thing: the show attracted a wider range of fan types than most anything else, and the conflicting takes are a product of these differences. My own take is tha the series only got better as it went along, but I’m well aware that many do not share my view to the extent that it seems as if we were all watching different anime. When I give my opinion and analysis of Darling in the Franxx, it’s with this caveat in mind.

Eye of the Beholder

Let’s get into some of the major reveals in the last quarter of the series.

That’s quite a lot for a series where the initial main debate was “which girl is better, Zero Two or Ichigo?”, and for every fan who fell in love with the show from episode 1 only to be disappointed by where it went by episode 24, there seems to be another fan who thinks the opposite. Moreover, unlike series such as Dragon Ball Z, where the things that fans love about it are the very same things the haters scoff at, no one can actually seem to agree what Darling in the Franxx is about or what it’s saying, let alone which parts are good or bad.

The anime appears to have drawn in a larger variety of anime fans to it than is typical, combining a multitude of genre signals (mecha, science fiction, romance, love triangle) with provocative, often sexual imagery. As a result, the disparate values (both in terms of personal values and ideas as to what makes a show good) of the viewers meant that people came to the show with wildly different expectations from one another. In this environment, I’m not certain I can change anyone’s minds, but I can at least put my thoughts out there.

Take the subject of my previous post: whether or not the anime reinforced heteronormative values, extending to the rule of man and woman as father and mother. While Darling in the Franxx indeed ends with multiple characters having children in heterosexual relationships, it’s still notable that the main couple of the story cannot have children together. The ultimate expression of their union and happiness instead involves Zero Two becoming a literal giant robot version of herself, in a cross between a wedding dress and Mechagodzilla, while Hiro pilots her from within, carrying connotations of both penis and womb but also referencing the series’s own world. Hiro, in a way, acts like the magma energy that powers the Klaxosaurs, moving away from “conventional humanity” in order to be with the one he loves. 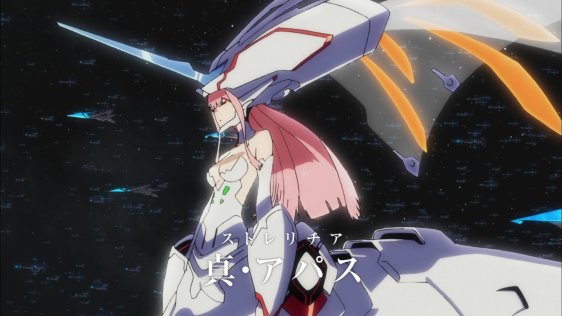 On a less dramatic scale, Ikuno (the only lesbian in the series) ultimately does not have children, but instead devotes her life to science and medicine. Without having any offspring of her own, she makes for herself a position that can help ensure humanity’s future. Hiro, Zero Two, and Ikuno all found ways to help humanity without having to be directly involved in pregnancy. And while not entirely clear, it might just be the case that Ikuno found someone who reciprocated her feelings as well. So I can’t see Darling in the Franxx as being all gung-ho about baby-making at the expense of other people’s life choices, though those more sensitive to the topic might see the degree to which the core cast decides to have children to be the stronger message.

Through the Lens of a Long-Time Mecha Fan

Another criticism of this series is that it’s shallow, schlock entertainment more interested in M. Night Shyamalan-esque swerves than any actual substance. What exactly this has meant in the context of Darling in the Franxx has changed over the course of the series, but one of the big sticking points is the VIRM reveal. Online discussion revolved around whether this was an unnecessary twist that betrayed the feel and purpose of the series, or if the show had cleverly set it up all along, and that it made perfect sense for Darling in the Franxx. I personally lean towards the latter, but I think this comes partly from being a long-time fan of the mecha.

Long before Gurren-Lagann took “go big or go home” to the most lovingly ridiculous degrees, sudden shifts to space or to larger-scale stakes were part and parcel of an anime genre founded in kids’ entertainment. The series Daitarn 3 (1978) literally goes immediately from Earth to space for the first time (barring flashbacks) in the final episode. In time, more creative and ambitious shows tried to incorporate that dramatic build-up more effectively, and I see the heavy emphasis on personal relationships and sexual tension of early Darling in the Franxx as an effective low-key cornerstone that sets up the eventual ramp-up in the long-term. Even the rapid pace of the last few episodes bothered me little for similar reasons, but fans who did not come into anime on shows that preferred such abrupt shifts could very well see it as clunky, headless-chicken writing. I understand, yet I still feel the progression to be appropriate and maybe even nostalgic.

Final Thoughts on the VIRM, and the Ending

It’s not uncommon to see Darling in the Franxx compared to either Evangelion or Gurren-Lagann for aesthetic and thematic reasons, but there’s another factor all three shows share: the idea that they in some way or form betrayed their audiences. Evangelion is probably the most famous example of an unexpected ending, with its compete stylistic departure and its abstract, introspection-heavy final episodes. Famously, the staff of Evangelion actually received death threats for it. Gurren-Lagann pulled the brakes on its do-anything, push-the-envelope mentality for its conclusion, which stung fans who watched it precisely to revel in that feeling of “doing the impossible.” Darling in the Franxx is capable of “betraying” large swathes of its diverse viewership, but I do not think the series actually crumbles when looked at with greater scrutiny.

As mentioned previously, however, I don’t mind this change one bit. The reason? Because Darling in the Franxx has emphasized that something is terribly wrong with its world all along, and not just in terms of the Klaxosaur attacks. Whether it’s meeting other Franxx pilots and realizing how emotionally stunted they are, to the adult/child divide, to the sheer sterility of their cities, something has felt amiss from the start. Perhaps the VIRM being “the real enemy” can feel contrived, but taking a wide view of the series means seeing the depiction of a false Utopia that humankind bought into and that the children had to eventually make up for. Not enough people questioned the gradual consolidation of power around Papa and his organization, APE, or the exact nature of magma energy. Theirs was a society of ignorance, and it led to children like Hiro being punished for trying to fight that ignorance.

Even though Hiro and Zero Two manage to deal a crippling blow to the VIRM, the real challenge is trying to survive as a species without any magic bullets like magma energy. The libidinous energy that was once literally redirected into warfare goes to expressing love, whether that’s through making children, helping children, or just creating happiness. While personal perspective plays a significant role in how one interprets the series’s message, is it strange to see the main cast, poised to change the world since the first episode, end up doing so?

4 thoughts on “Darling in the Franxx: Thoughts on a Divisive Anime”