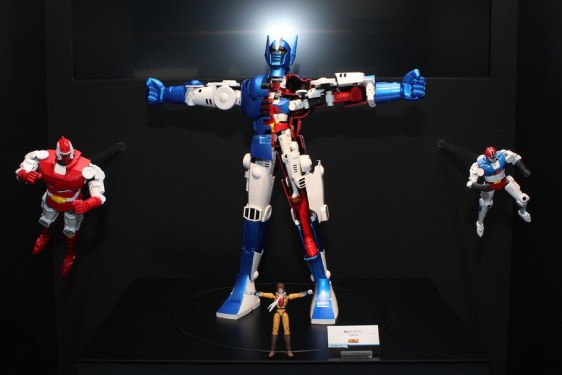 In the world of giant robots, what you see traditionally has not always been what you get. The cool robot that appears in an anime might look significantly different from the toy it’s based on due to the fact that metal and plastic are limited by the physical world in ways drawings are not. The difference between the gimmick-laden early Gundam toys and the more show-faithful model kits that followed is a prime example. This disparity is why the announcement of the Soul of Chogokin Gordian is of particular interest to me, despite me not having much emotional investment.

When it comes to being true to both toy and anime sides, the Soul of Chogokin line of deluxe figures is arguably the best there is, and I have no doubt that they’ll faithfully reproduce the designs from the anime Gordian Warrior. By itself, this would be the story of an obscure 1970s series getting its due in the Soul of Chogokin line, but there’s an extra wrinkle—a child or clone twist, perhaps. There’s actually a robot toy that originally began as a repurposing of the Gordian Warrior line known as Baikanfu (or Vikungfu) from Machine Robo: Revenge of Cronos, and this particular robot was already made into an SoC figure back in 2007. Yet, because the associated anime are so aesthetically different from each other, this practically necessitates two different approaches.

Gordian Warrior has very little presence in the English-speaking world, as its toy came and went as part of the 1980s Godaikin line, and the anime’s only official release (streaming only) was by the now-defunct AnimeSols. Still, one look at the opening is all it takes to understand why the Gordian robots with their Matryoshka doll–like stacking gimmick would be fun and attractive toys. It’s likely why they were revived for Machine Robo: Revenge of Cronos, and when you see the toys from each anime side by side, the connection between the two series is all the more obvious. 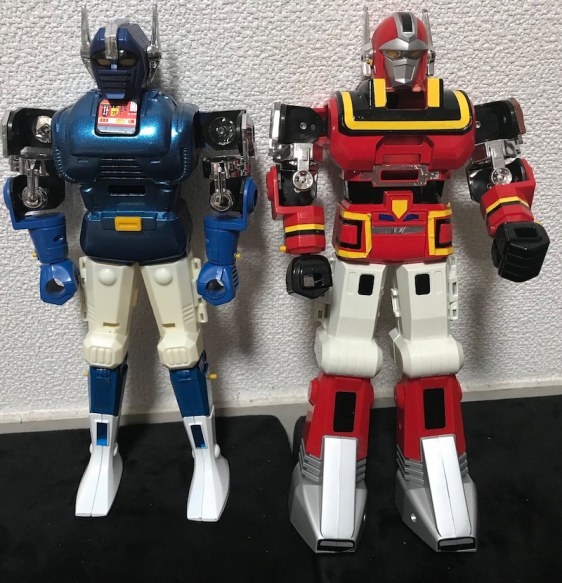 But thanks to the magic of art and imagination, these two extremely similar toys end up being portrayed wildly differently on TV. In animation, the three Gordian robots—Protesser, Dellinger, and Garbin—have less exaggeratedly hypermasculine proportions compared to their Revenge of Cronos equivalents, Rom Stohl, Kenryu, and Baikanfu.

Despite Harbin being the biggest robot in Gordian Warrior, its simple blue and white color scheme and its slender body look downright austere compared to Baikanfu. And because the Soul of Chogokin line aims to embrace both the fun of the action figure and the style of the anime, it means getting to see how the same basic toy design ends up interpreted through two different lenses as prestige objects. Where will they differ? Where will they show commonality? 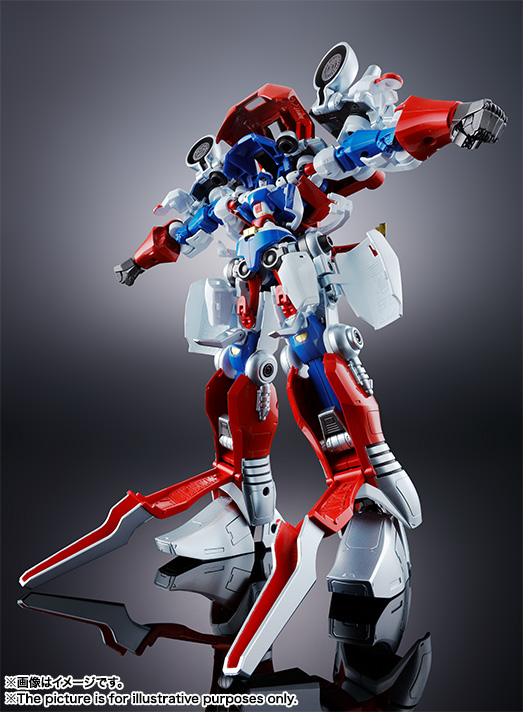 Gordian and Baikanfu are not the only example of designs being reused. One notable example is the Transformer Six Shot, a robot with stuff forms whose toy was repainted and resold as the ninja robot Shadowmaru from Brave Police J-Decker. Like the two stacking robots, Six Shot and Shadowmaru look so different in animation that it’s a surprise to find out their toys are virtually the same.

The Soul of Chogokin Gordian from Gordian Warrior is more than an opportunity for nostalgia, as it’s also a chance to look at how the same line has interpreted it’s design with respect to its spiritual successor in Baikanfu from Machine Robo: Revenge of Cronos. It’s ripe ground for appreciating some smart, nostalgic toy design along with the creative interpretation of toy to anime transitions.