I’ve always liked Arata since the original Chihayafuru, but it’s in Season 3 that he’s really won me over. As the grandson of a former karuta master, Arata has lofty expectations that both positively motivate and burden him. He’s a super-rare talent who combines hard work, natural game sense, and unmatched memorization skills. In a way, this makes him almost too good a character, but it’s this recent season in particular that really builds on his story and shows the challenges that face even someone like him. Before, his setbacks had more to do with trauma and guilt, but here, we can see that even this genius still has struggles in his chosen passion. One of the key points is Arata trying to figure out where his responsibility ends and his dream begins, and that conflict is wonderful. Everyone has their own mountain to climb.

In detailing what makes Emma an amazing character, I once wrote that “In a world seemingly made up of constant dichotomies, she strives to find a third, fourth, or even fifth path.” What I mean is, as the heroine in a dark world where pain and trauma are commonplace, Emma stands as a shining example of the strength of compassion. Where others, even her closest friends, see happiness as a zero-sum game, Emma shows empathy and an unwillingness to accept sacrifice as the only way. Rather than holding her back, these qualities allow her to surpass her own limitations and encourage others to do the same. Emma is idealistic but not blinded by it, toeing a line that is supremely difficult. 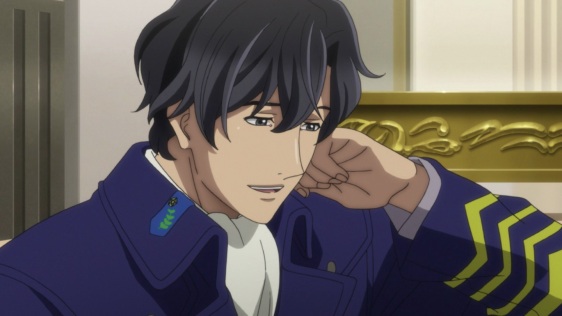 Yang Wen-Li (Legend of the Galactic Heroes: Die Neue These)

Given that much of my impression of Yang’s character comes from the previous anime adaptation of Legend of the Galactic Heroes, I didn’t want to include him in the running. However, I wanted to make sure that Yang gets his much-deserved due as one of the greatest anime characters ever, and a figure almost unparalleled in being both a fascinating individual and a role model par excellence. As the series itself describes Yang, he is the master strategist who hates war—an oxymoron of sorts, but an essential description of a man who sees war as a blight but understands the need to operate within the system to ensure the best outcome. He’s also a staunch defender of the principles of democracy, and will defend it even to the detriment of himself. In a time when democracy around the world is under attack, he is a uniquely aspirational figure.

I think this year has been full of characters who are able to rattle the chains of history and who understand the need to think beyond themselves, but also don’t forget themselves in the process—and that includes ones not mentioned here. Whether it’s karuta, fighting a dystopian society built on greed and capitalism, or striving to find a balance between lofty ideals and the reality of a corrupt government, these characters are an inspiration.

Normally, this would be how I end the year, but there’s a bit of a twist this time: a final post deciding the best characters of the decade! Keep an eye out.