Recently, the Love Live! School Idol Festival rhythm game began featuring a new comics series within the English-language app itself: a 4-panel comic series called Ten Fes: Transfer Student Fesival. Its premise is that, rather than focusing on the expected stars of Love Live!, these manga put the spotlight on the lesser-known girls exclusive to the game. Whereas once these characters’ stories were told in only the briefest vignettes, they might now have the chance to really show off their charms. 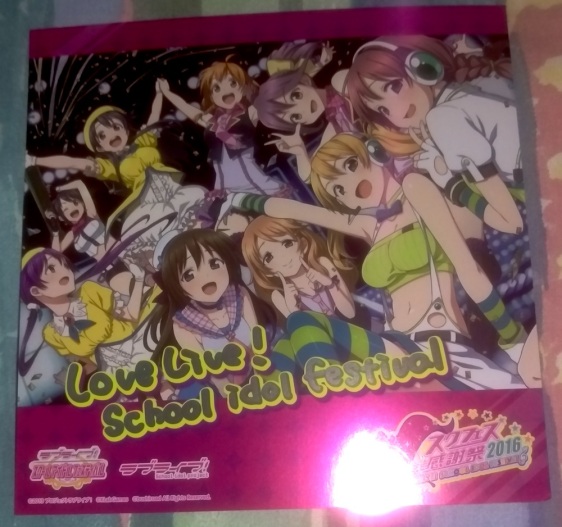 I once expressed a desire to see these “Normal Card” characters fleshed out more than they currently are, and I feel that Tenfes, while not an absolute game changer, is significant in this respect. To understand the potential impact it can have, it’s important to look at a rival fictional idol franchise: The iDOLM@STER.

The iDOLM@STER is devoted to having every one of its idols, be they the original ensemble from the first game or new ones created for their mobile apps, feel like a star. Love Live!, on the other hand, went as far as to create a new set of core girls to focus on, while the lower tier from School Idol Festival remain as essentially “fodder,” cards sacrificed to level up the ones that “matter.” Although being featured in short gag manga isn’t quite the same as getting to star in a full-fledged show like what happened with The iDOLM@STER Cinderella Girls, it still gives a chance for these “lesser” Love Live! characters to be characterized in more than just brief vignettes you earn within the game.

I’m not the kind of person who can thrive off of just sparse character descriptions. Even when it came to the main stars of Love Live!, I needed the anime. I could not feel any particular attachment to them when they were merely faces with semi-long descriptions. Also, while properties like Touhou and Kantai Collection can get away with it because all of its characters are equally barebones, the fact that this massive rift exists between the central casts of Love Live! and the School Idol Festival-exclusive girls makes that much more difficult.

Ten Fes allows for greater opportunities to portray interactions and relationships between the “common” characters. In isolation, these girls can only provide so much interest, but if they’re reacting to each other, playing off of each other, and maybe even butting heads with each other, then it gives them the chance to establish a lasting presence and build fan bases of their own.