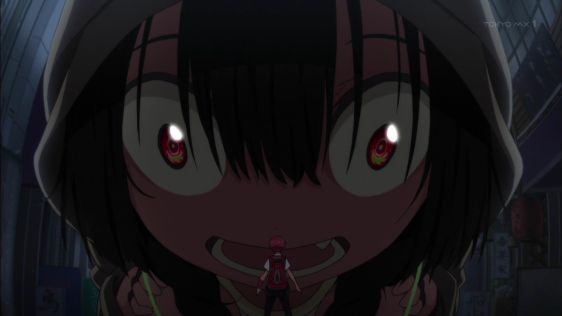 At a Studio Trigger panel at Anime NYC 2018, an interesting exchange occurred. During the Q&A session, the topic of Trigger’s preferred genres came up, and producer Wakabayashi Hiromi asked the audience what genre they thought the studio’s latest anime, SSSS.Gridman was about. They received various answers, but a common one was “action,” to which they responded, “Action? Really?” What this says is that, on some level, many viewers see SSSS.Gridman very differently compared to its creators.

The point here isn’t to figure out what genre SSSS.Gridman (Twin Peaks-esque paranormal mystery?). Rather, it’s to dwell on that incongruity between so many of those con attendees and Trigger itself. There are certain caveats to account for—like how this was only a handful of fans in the grand scheme of things or the way the series holds its cards close to its chest—but something has to be creating that difference in judgement.

Perhaps those viewers simply have a broader, more lenient idea of what denotes an “action series,” especially compared to creators who inevitably go in with their own values beforehand. If you asked Tomino Yoshiyuki what genre Mobile Suit Gundam is, he might not necessarily say “mecha” or “science fiction” or, indeed, “action.” Moreover, while fans might take the tokusatsu feel of the show (which it captures down to the rubber suit-like movements of the monsters) as more evidence of its “action” qualities, Studio Trigger could be seeing it as an aesthetic quality in service to a greater structure.

Adding thrilling violence to a story could just inevitably change how fans perceive it. The spectacle, on some level, can be overpowering. While I can’t say with full confidence that SSSS.Gridman is a Twin Peaks, there is an anime that takes a lot of inspiration from David Lynch and Mark Frost’s influential TV series: JoJo’s Bizarre Adventure Part 4: Diamond is Unbreakable. While that series revolves around its small-town mysteries as well, the legacy of JoJo as a shounen fight series is still present in its DNA. For some fans, that battle tendency might dominate their view of Part 4.

Whatever the case may be, it’s clear that in the eyes of the creators, there’s more to SSSS.Gridman than just action. At this point, as the show moves towards its conclusion, that might very well be “obvious,” but I do wonder how many fans it pulled in under the vague pretense of strong fight scenes.