There are many areas in which we can judge anime and manga. We can talk about animation quality, narrative consistency, excitement factor, or even just emotional resonance. Recently, I’ve come up with a system that I think provides a new perspective on how we view titles—I call it the Vegeta Level.

Named after the Prince of All Saiyans from Dragon Ball, determining a work’s Vegeta Level starts with a simple question: “How many Vegetas are in this?” In other words, are there any characters who embody—in part or in whole—the qualities of Vegeta, and if so, how many of these characters are there? Vegeta qualities include but are not limited to: short, spiky hair, intense, arrogant, a rival status, current or former villain with a smidge of emotional development. Sometimes, there’s an intangible quality where you can’t quite say why they’re a Vegeta, but you can definitely feel it.

A series with a relatively high Vegeta Level can have one extreme Vegeta, or it can have so many partial Vegetas that they add up to one or more whole Vegetas. The degree to which each Vegeta quality is present can also factor in. For reference, Vegeta himself is 10 out of 10 Vegetas.

The genesis of this idea actually came from the volleyball anime Haikyu! When I first started watching, one of my recurring thoughts was, “There sure are a lot of Vegeta-like characters in this show.” Hinata and Nishinoya are both short, spiky-haired hotheads with something to prove. Kageyama is a scowling and hyper-competitive “king.” Tsukishima has all the arrogance in the world. And then, as you expand to the other teams, the number of Vegetas only grows—see Bokuto to some extent, and especially Hoshiumi. There’s Vegeta-like energy in all of them.

Even though there’s a clear standard for this metric—Vegeta—there’s still room for subjectivity. In a sense, how you perceive a Vegeta is as much based on how you see Vegeta, whether you’ve actually read/watched Dragon Ball or not. Bakugo in My Hero Academia is very clearly a Vegeta, but how Vegeta is he? One could argue that only Vegeta should be a 10 out of 10, but Bakugo is so nasty and angry and has such a character arc that he might be considered just as Vegeta if not moreso.

So let’s work through an example. Dragon Ball is clearly at least Very Vegeta due to the man himself. Are there any other Vegetas? Technically, there are literal relatives of Vegeta in here, but this is more about personality and archetype. Of his kin, his dad King Vegeta is probably around an 8/10, and Future Trunks (but not modern-day Trunks) is more like a 6/10. Among antagonists/rivals, Tienshinhan, Cell, Piccolo, and Frieza are all fairly Vegeta—I’d say about 4/10, 5/10, 6/10, and 7/10 respectively. From that rough look, that’s 49 Vegeta points. Again, it’s not wholly objective, much like the star rating system in professional wrestling, so there’s room for argument.

So what use does the Vegeta Level have? Well, if you like Vegeta, it’s probably a great way to find a series that interests you. But also, Vegeta as a character is so embraced not just by fans but also shounen manga in general, and I think the presence of Vegeta-like characters are a way to give a series an extra edge without necessarily making it “edgy.” That being said, an all-Vegeta series would make for about the edgiest thing ever.

Does such a series exist? One friend suggested to me at least one series that could outstrip it: The Sopranos. According to him, practically every character in that show is a high degree of Vegeta.

Food for thought: Could there theoretically be a work with a Vegeta Level that’s over 8000 or 9000?

The Dragon Ball franchise is famous for many things, and one of them is its gallery of iconic antagonists. Piccolo, Vegeta, Freeza, and Cell are some of the big names Goku has faced over the years, and they each make a lasting impression. The recent Dragon Ball Super series introduced a major antagonist in its multiversal “Tournament of Power” arc, a mighty warrior from another universe named Jiren. But unlike the others, Jiren is considered by many fans to be a disappointingly generic villain. It’s an argument I can see, but in the end one I don’t quite agree with.

Indeed, if you take Jiren as a villain, he seems to just be generic in his obsession with power and sacrifice–just another big body for Goku to overcome. However, this approach to Jiren’s character isn’t quite accurate: Jiren may be opposing Goku, but he’s not a villain. He’s a hero of his own world, one he presumably has defended from threats comparable to the ones Goku has faced, and he gained his power through the circumstances and decisions that comprise Jiren’s experience.

The crucial difference between Goku and Jiren is that the latter’s life is full of pain and loss that made him choose a life of isolation and rejection. Where Goku would defeat and befriend those he faced, Jiren would destroy. Where Goku attains power for self-improvement and new experiences (i.e. fight stronger opponents), Jiren does it almost out of a sense of obligation or duty. Where Goku is goofy, Jiren is dead serious. What Goku has to overcome when fighting Jiren is not some evil machinations or even a chaotic force like Majin Buu, but a different in philosophy borne from a universe that did not have a Goku.

Put another way, Jiren could have been the protagonist of his own anime or manga, one where suffering and cynicism dominate. Perhaps you can think of a couple of titles that fit the bill. But just like how Goku embodies certain values as the core of Dragon Ball, Jiren would be the center of his own narrative and all that such a scenario entails.

So Jiren might come across as “uninteresting,” and he might not necessarily be as compelling a foe as the most well-known villains of Dragon Ball, but he acts as a different kind of foil. If ever he shows up again, there’s plenty of room to explore his character.

There’s an old and famous picture from a newspaper’s children’s section, where they asked kids, “If you could be a superhero, who would you be?” In response to this question, a boy named Markus answered, “Broly from Dragon Ball Z. His power is maximum.” But while people online have gotten lots of laughs from this innocent answer over the years, Markus’s words almost perfectly encapsulate the character of Broly, the Legendary Super Saiyan.

As an antagonist, Broly was always a one-dimensional character whose primary trait is being ridiculously and impressively powerful. To be fair, the way it’s portrayed in his appearances leaves a lasting impression, and has a clear, primal appeal to Dragon Ball Z fans. However, he’s ultimately a simplistic villain to be overcome by blasting him harder.

The character is also non-canon, appearing only in Dragon Ball Z anime films, which is why it’s rather significant that the creator of Dragon Ball himself, Toriyama Akira wrote the script for Dragon Ball Super: Broly. It not only means introducing Broly into the Dragon Ball universe proper, but also an opportunity to transform this flimsy rage machine into a fully fleshed character.

On a skeletal level, Super Broly is basically the same character: an instrument of revenge for his father, Paragus, against Vegeta  (the son of the man he hates most, King Vegeta), who goes berserk and must be stopped by Son Goku and his allies. There are a couple of crucial changes, however.

First, in the original Broly film, Broly is shown as having an inadvertent deep-seated trauma caused by Goku when they were fellow infants, which causes him to wantonly attack Goku. This no longer is a thing, and when he and Goku fight as adults, they’re meeting for the first time. Second, in the new film, Broly is shown as being ridiculously strong and terrifying but ultimately innocent inside—as if his personality isn’t inherently that of a fighter.

Both are smart choices that lay the groundwork for making Broly a properly three-dimensional character. The Goku grudge used to come across as largely a flimsy device to get Broly in direct conflict with the hero of the story, and it kind of punks out Vegeta in the process. Without it, his background focuses more on him being unfairly raised by his own father to be a tool for revenge, and the different ways in which Goku, Vegeta, and Broly have been shaped by their upbringings and experiences. An extensive background story in the first half of the film highlights these differences.

That being said, I don’t want to make this film sound like a deep look into character psyches, as it’s mostly one gigantic fight scene full of the fast and frenetic combat Dragon Ball is known for. However, those crucial differences between Goku, Vegeta, and Broly come out even as they’re pummeling each other. Goku’s Earth-bases martial arts background, Vegeta’s elite Saiyan training, and Broly’s mostly unrefined berserker rage are all conveyed in the action, which does a lot of showing instead of telling somewhat reminiscent of Mad Max: Fury Road.

A few bits of welcome comedy alongside some new characters help keep Dragon Ball Super: Broly from feeling too heavy—a clear indication of Toriyama’s hand in the process. Overall, it ends up being a really solid film, and one that manages to give depth and meaning to a pure power fantasy character like Broly without taking away the strength that made him popular in the first place. 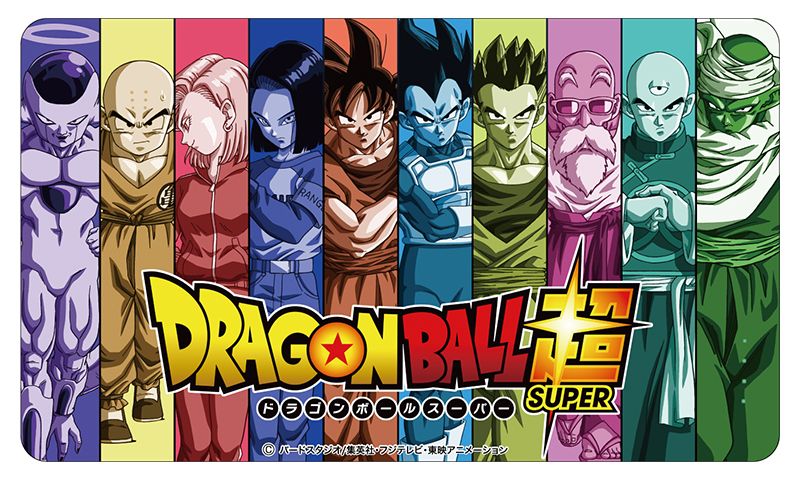 I’ve previously made it known that I’m a fan of Dragon Ball Super. Now, I’ve wrote a post about why I think the latest arc, the Tournament of Power, is something quite special. Check it out on Apartment 507!