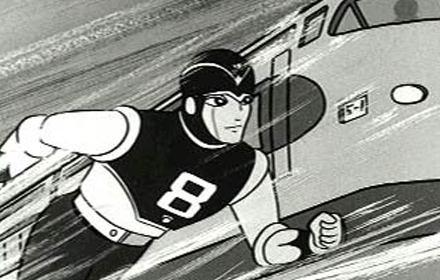 Last year, I forgot about my anniversary for about a month. Always looking to improve Ogiue Maniax, I decided that it wasn’t enough, so this time I’ve over a month and a half late for the annual retrospective.

Eight years sounds kind of crazy for anime blog, doesn’t it? A lot of old friends and comrades have set aside their keyboards while others keep marching on, but of course that doesn’t mean anything about their passion for their hobbies. Blogs are just one way of doing things, and it’s the format I’ve come to prefer the most. It’s just informal enough to feel comfortable, while also providing plenty of space to get serious if need be.

Though I think it a bit obvious, by far the biggest change to Ogiue Maniax this past year was the launch of my Patreon. Thanks to my patrons, but also everyone who reads and shares and even just thinks about what I have to say, I’ve managed to make a decent chunk of change from blogging. It’s not a full-time career by any means, but I think it shows that good written content is appreciated for the ideas contained within, even if the tendency in “content creation” is often towards simpler things like lists. Just the fact that my longer posts garner greater attention gives me a little more faith in the world.

I’ve been looking at the idea of being a “content creator” recently, and one thing that’s crystal clear is that written content, especially given how much time and effort is required of it, is often viewed as a losing battle. Video and podcasts are where it’s at. Of course, it’s more than possible to create quality work on YouTube or wherever, and the convenience is something even I take advantage of as a viewer, so I’m not knocking people who focus their energies in that direction. Rather, in light of this, I actually feel pretty good that there are so many people who think my writing is worth something. While I don’t need a confidence boost to keep writing, it at least is comforting to know that the energy I’ve put into Ogiue Maniax can be felt by so many.

Thanks for 8 years, everybody.