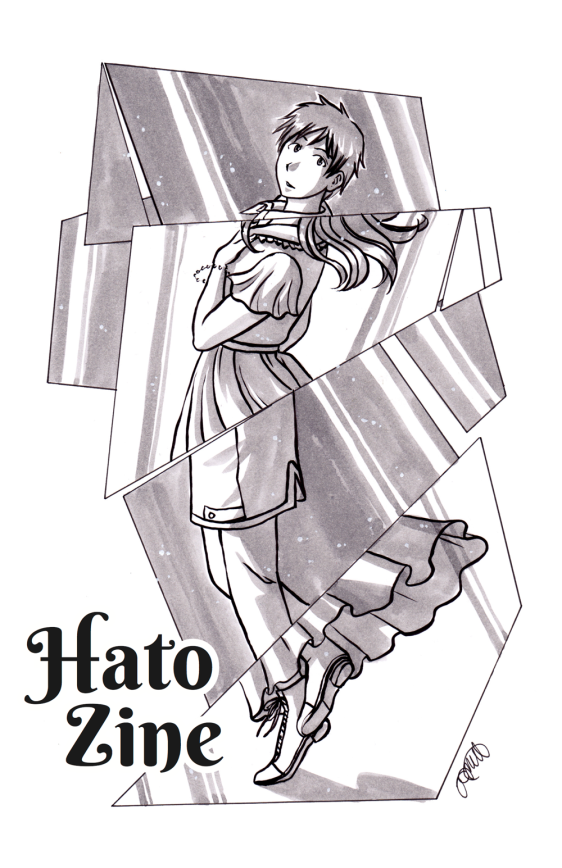 A few months back, I mentioned the fact that Hatozine, a fanzine dedicated to the Genshiken character Hato Kenjirou, was accepting submissions. Now it’s been released, and I think it’s worth taking a look at to see the myriad expressions of interest for a character as dynamic and intriguing as Hato. Also it’s free!

Hatozine features fanfiction, fanart, comics, and even some essays, including one by yours truly. What I think is especially awesome about Hatozine is that it has work from both fans of Hato/Madarame and Hato/Yajima.

Check it out if you’re a Genshiken fan, a Hato fan, or even just fascinated by an otaku character with a very complex gender and sexuality identity. If you’re not interested in those things, it might just be an interesting window into the minds and feelings of those that are.

One thought on “Hato Kenjirou Fans, This Is for You: Hatozine”