Every year I’m amazed that the people who run New York Comic Con manage to make it work. New York City is a notoriously difficult place to hold a convention, but it keeps growing. I hope that the recently announced Anime NYC will have similar success.

I’ll be heading to New York Comic Con this year for a couple of days, though given how gigantic the crowd is it’s likely I’ll end up never bumping into anyone I know. In terms of what I plan to attend I’m playing it sort of by ear this time around, but you’re likely to catch me at some European comics panels.

As mentioned last month, I’ll be seeing Kizumonogatari Part II in theaters! I happened to pick up the book recently, but I’m going to wait until the movies finish before I read it. I also updated Love Live! School Idol Festival to the newest version which its fancy overhaul and Aqours additions. One thing I like about it is that I can use my stickers to Idolize, instead of hoping in vain for duplicates. I finally got around to upgrading one of my Hanayo cards. Did you know that I’m quite fond of argyle patterns? 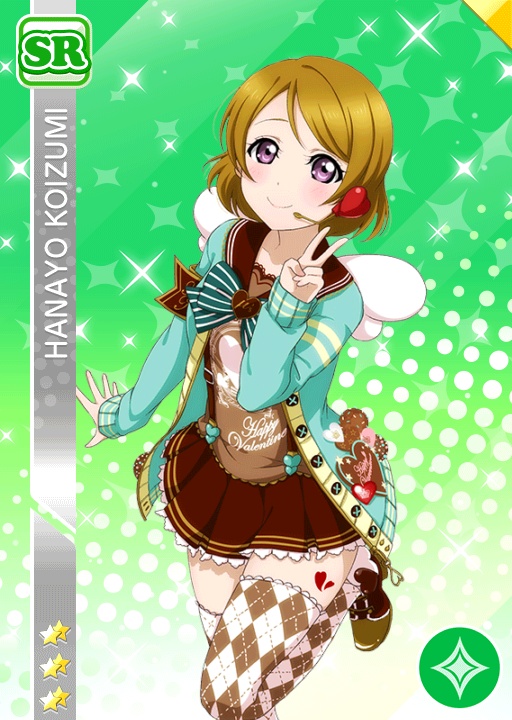 As always, I’d like to thank to all those who support me via Patreon:

It’s been a review-heavy month for me, partially because a number of series are ending, but also because I’ve finally gotten around to finishing a bunch of shows I had on the back burner. I’m aware that series which are more than a season or two old tend to fade from people’s memories, but I think it’s important to not get too distracted trying to keep up with the Anime Joneses, as it were.

Yona of the Dawn

Kimi Nakare didn’t get a new chapter in August, which is why there was no review. It’s back, though, so expect to see something for October.

I also want to draw attention to this month’s sponsored Patreon post, where I discuss my favorite RPGs of all time. As someone who is fairly familiar but not neck-deep in the world of Role Playing Games, the list might seem a bit sparse. If you want to see me write about a particular topic, consider sponsoring me on Patreon. I have a reward tier specifically for guaranteed requests.I want to end off on a question for my readers: What do you think of the balance between talking about older series and newer series? What about manga vs. anime? I was mostly anime-heavy this month, and I’m curious as to how many of my readers are more on the anime side, and who favors manga more.So with that, a poll!

I don’t know how much this’ll change things, but I wanted to see for myself what is favorite among readers of Ogiue Maniax.