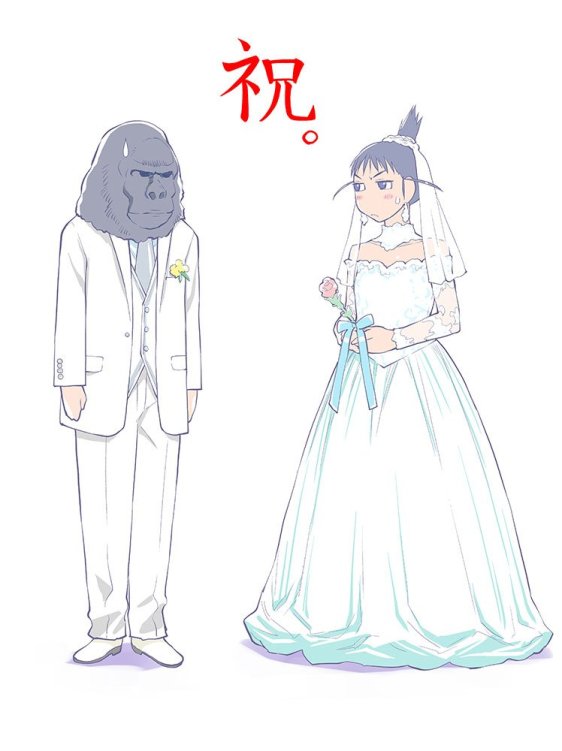 We don’t get much Genshiken news these days, but the Hashikko Ensemble official Twitter account recently tweeted about Yamamoto Nozomi, the voice actor for Ogiue Chika in Genshiken Nidaime, congratulating her on getting married. Accompanying the tweet is the drawing by Kio Shimoku of Ogiue in a wedding dress seen above.

Yamamoto is the second actor to play Ogiue, after Mizuhashi Kaori. Yamamoto’s other notable roles include Jogasaki Rika in The iDOLM@STER Cinderella Girls and Bouhatei Tetora in Joshiraku.

There’s also an interaction in the replies where Yamamoto thanks Kio, only for the account to mention that it’s not Kio but rather his manager (who she’s met before) handling social media. However, the Twitter account did have a message for Yamamoto from Kio:

“You did so, so much for the anime. When I found out you got married, I had to draw something. May you have many years of happiness!” (Kio)