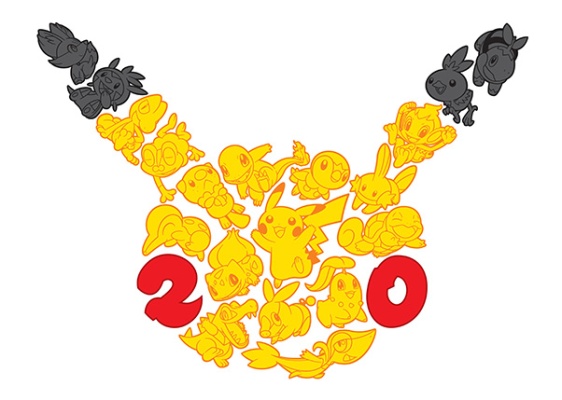 Today marks the 20th anniversary of the Pokemon franchise, and I for one am happy to see one of my favorite video game franchises thrive and improve to this day. With each generation of games, Pokemon has expanded its world view by drawing inspiration from cultures around the globe, taken advantage of newer technologies that help to connect players, and have refined themselves to be fun, accessible, and even a bit challenging once the human element comes into play. Although I think the games have evolved for the better, however, there is a certain experience I miss from the earliest days of Pokemon.

To celebrate, Nintendo is releasing the original Pokemon Red, Blue, and Yellow on Virtual Console (Japan gets Green as well). Yet, having it on virtual console means that new (and old) players won’t have that feeling of being able to instantly recognize a fellow Pokemon player. 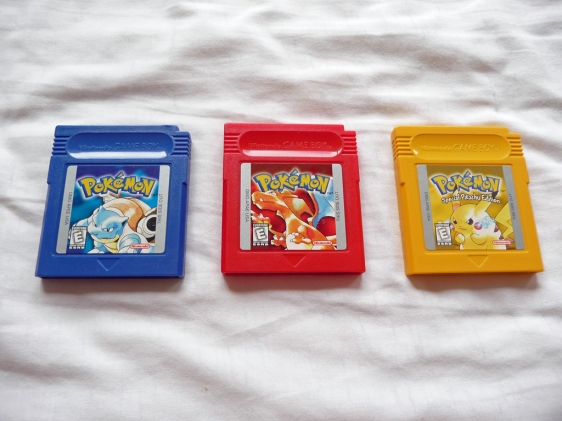 I started with Pokemon Red myself. I would play everywhere while keeping an eye out for comrades. If I saw a bright red or blue cartridge sticking out the back of a Game Boy (often at this time the Game Boy Pocket), I would go up to them and ask if they wanted to trade or battle. The cartridges were beacons that drew Pokemon Trainers together, and sadly with the way that Nintendo’s portable devices have been designed over the past 15 years or so it’s not really possible anymore.

It’s not all Nintendo’s doing: I got older and I learned more and more about competitive Pokemon. I used to participate regularly on sites such as Smogon and its old school predecessor, Azure Heights. From there, I eventually became too aware of what it took to make a strong team. As time passed I found myself with less of a desire to create my perfect ideal team, leveled up to 100 with lots of synergy and strategy but also full of the Pokemon I like, and I stopped being eager to challenge people. Either that, or Stealth Rock is total BS and I wish it were removed from the game or was not so danged powerful (seriously!).

Maybe that’s the day this all changes. Maybe I can dive back into the intricacies of Pokemon. I mean, I do own a Pokemon XY 3DS so maybe I can use that as a calling card like the days of old. In the meantime, here’s a list of some of my favorite Pokemon blog posts throughout the years:

Shudou Takeshi, Pokemon, and Me

A Form of Evolution Perhaps

The Beauty of Diantha

PS: Fun fact, I tried to find my original Pokemon Red…then remembered it got stolen out of my locker during gym class. Ah memories.